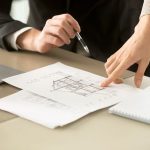 When you sit for a real estate closing, and in the weeks beforehand, there will be a lot of terms thrown around. Some terms are so basic, they may never be explained to you. But that doesn’t mean you know what they mean. Three terms that you will often hear in relation to your… Read More »

What Happens If You Buy Property With A Tenant Living In The Property?

If you buy property at foreclosure, you may already be aware of some of the risks involved. Encounters such as liens that survive foreclosure or poor property conditions are both valid, common concerns. Another possible risk that buyers of foreclosed property don’t always consider is the property being occupied. What if there’s a tenant… Read More » 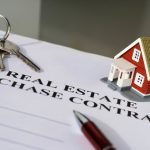 During the housing market crash in the late 2000s, a lot of the blame was placed on so-called “exotic” mortgage products. These were mortgages that tended to adjust during the life of the loan-sometimes drastically and significantly. Often, they would adjust so much that the homeowner could no longer afford the newly adjusted rate,… Read More »