What Factors Go Into How Happy A New Homebuyer Is? 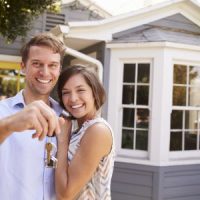 When you purchase a home, are you happy about your purchase? Most people are, but how happy are they? Studies are often conducted about who the happiest homebuyers are, and what factors contribute to satisfied buyers. As you would expect, there are a lot of factors that go into determining who is happiest with their purchases.

What Factors Were Considered?

A recent study looked at a number of factors to determine how happy recent home purchasers are. Note that this is a wholly unscientific poll—in fact, it is hard to know how closely many of these factors actually contribute to satisfaction when buying a home, but here is what the study looked at:

As it turns out, Americans tend to be pretty happy with their purchases. Only about 15% were unhappy. Many of the factors that contributed to happiness were those you may expect would correlate.

Money, Cost and the Size of Homes

For example, people with 5 or more bedrooms in their homes tended to be amongst the happiest purchasers. As square footage went up, so did satisfaction, especially amongst those who bought houses with more than 3,000 square feet.

But that doesn’t mean that people who bought more expensive homes were always happier. In fact, people on both extremes—those who paid a lot (close to $1 million), and those who paid relatively little (generally, under $100,000) tended to be less happy. And, where people had to work more than one job to pay for the home or the mortgage, they tended to be less happy overall with their purchased home.

For some reason, although square footage and bedrooms strongly correlated with happiness, bathrooms did not, as happiness did not go up or down, as the number of bathrooms in a home went up or down.

What your house looks like matters also: Those who purchased homes that were “ranch style,” or that were Tudor style homes, tended to be happiest.

Bargain hunting? Think again. Those who tended to get the best bargains may have been happy with the price—but they tended to be on the low end of the happiness scale, perhaps showing that the best bargain doesn’t always mean you’ll be satisfied with your purchase.

Location made a difference also. Although many rural states did rank high on the happiness scale, in many areas where there were few jobs or few schools, happiness tended to be on the lower end. Other than the size and the cost of the home, location was the third largest correlating factor in how happy a homebuyer was with their purchase.

Do you have a real estate closing and need a Tampa real estate attorney? We can help. Contact Gilbert Garcia Group, P.A.

By Gilbert Garcia Group, P.A. | Posted on August 9, 2022
« Understanding The Kinds Of Probate Cases In Florida
What Is A Temporary Guardianship? »