Who Can Object To Something A Guardian Decides To Do? 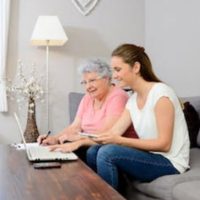 It is a fact of life that family does not often agree with each other when it comes to major life decisions. The same is true when a family member is incapacitated, made a ward, and a guardian is appointed to carry on the ward’s affairs.

For a long time, Florida law said that a ward’s next of kin always had standing to object to anything that a guardian may try to do. If you are the ward’s son, mother, brother, or other relative, and you didn’t agree that what the guardian was doing is in your family member’s (the ward’s) best interest, you could go to court and object.

But the law has gotten much tougher in the last few years. Now, simply being next of kin, by itself, doesn’t mean you have an automatic legal right to challenge something a guardian is doing.

Courts now require that the person objecting detail how he or she is affected by what the guardian is doing, or show that the objecting party has some stake in what is happening—a stake beyond just saying “the ward is my dad so I have standing.”

You also can have standing if the Guardianship laws say that you get notice of a proceeding, such as a hearing, or if you have a legal right to object to anything that is done in a hearing-but those rights are not conferred on everybody, and not automatically conferred on people just because they are family.

We Don’t All Have Standing

This can be difficult; many times we object to a guardianship’s opinion just based on our own opinion of what is right or good for the ward, who is a parent or child or some close family member.

And yes, because the ward’s money the guardian may be allocating or spending may represent the eventual inheritances of family members, it gives family members and next of kin a beneficial interest in what the guardian is spending-although that doesn’t always mean that being the next of kin, or being entitled to an inheritance, will give you standing to object to anything in guardianship court.

By Gilbert Garcia Group, P.A. | Posted on September 15, 2022
« The Pros And Cons Of Reverse Mortgages
Passing Without A Will Can Lead To Probate Problems »